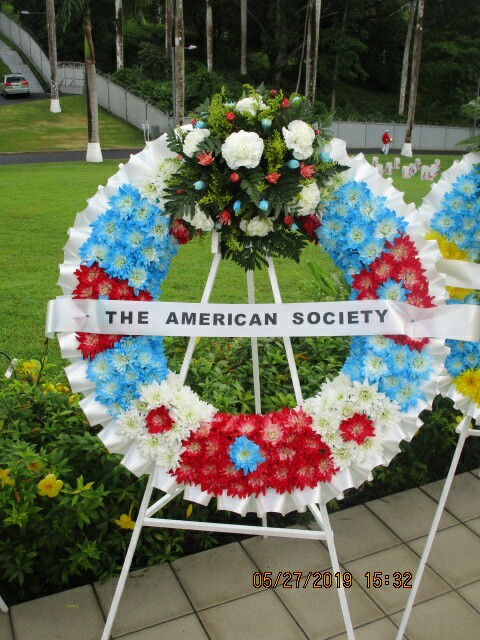 This past 27th May 2019 at 0900 a Memorial Day Ceremony took place at Corozal American Cemetery & Memorial.

It was a very humid morning and there were approximately 75-100 guests to include La Banda de los Bomberos de Panama (Panama’s Fire Department Band).

During this ceremony CW 2 Isaias Enrique Santos Luzcando was honored for his services to the United States of America.

While deployed to combat duty in Iraq on December 26th, 2006 CW 2 Santos Luzcando was killed in Baghdad when his Apache helicopter collided with another military aircraft. He was buried here at Corozal American Cemetery on 6th January 2006.

After the ceremony there was a reception hosted by all the organizations that participated in this ceremony.